Please find our range of Ortofon MC Turntable Cartridges below. All pickup cartridges come complete with needle/stylus. If you are unsure about which cartridge that fits your turntable, please do not hesitate to contact us. 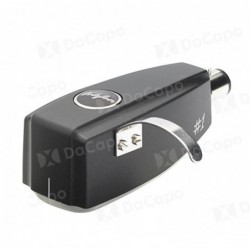 Ortofon formerly known as ‘Fonofilm A/S’ was founded in 1918 by the two danish engineers Arnold Poulsen and Axel Petersen.

Their mission was to create one of the first available systems to synchronize the sound and moving pictures of film. After they succeeded their first goal, the company developed fast.

In 1946 the first mono cutterhead was developed by the two business partners, this groundbreaking development was followed by the first moving coil phono cartridge in 1948.

In 1951 the company officially changed their name to ‘Ortofon A/S’, which are inspired by the greek words ‘orto’ which means ‘correct’ and ‘fon’ which means ‘sound’.

Ortofon has continuously innovated phono cartridge designs for both consumers of hi-fi products and for professional disc jockeys.